The Treasure of Kazan This production makes use of well-researched historical materials about traditions, ornaments, customs of the Tatar people, Middle Eastern bazaars and their cultural roots combined with modern technology of video production and music recording.

The dance show consists of several acts. The production involves over 50 of the Ensemble’s dancers and about 500 costumes specifically made for the show. This large scale and professional approach that engaged culture experts and historians to consult the showrunners on certain historical details regarding the clothes, the behaviors and the events of that time allowed the Ensemble to narrate the history of Tatar people from the Migration Period to the establishment of modern Kazan.

On the screen, the viewers will see pictures of old Tatar buildings, destroyed historical monuments of folk culture, natural sites of vast Tatar lands and steppes.

The image of a musician who plays the folk musical instrument of kurai and the image of a green stalk, the symbol of resilience and resurrection of the Tatar people, are recurring throughout the entire show, which reflects the sentiments of Tatar people at various times and during various historic events. 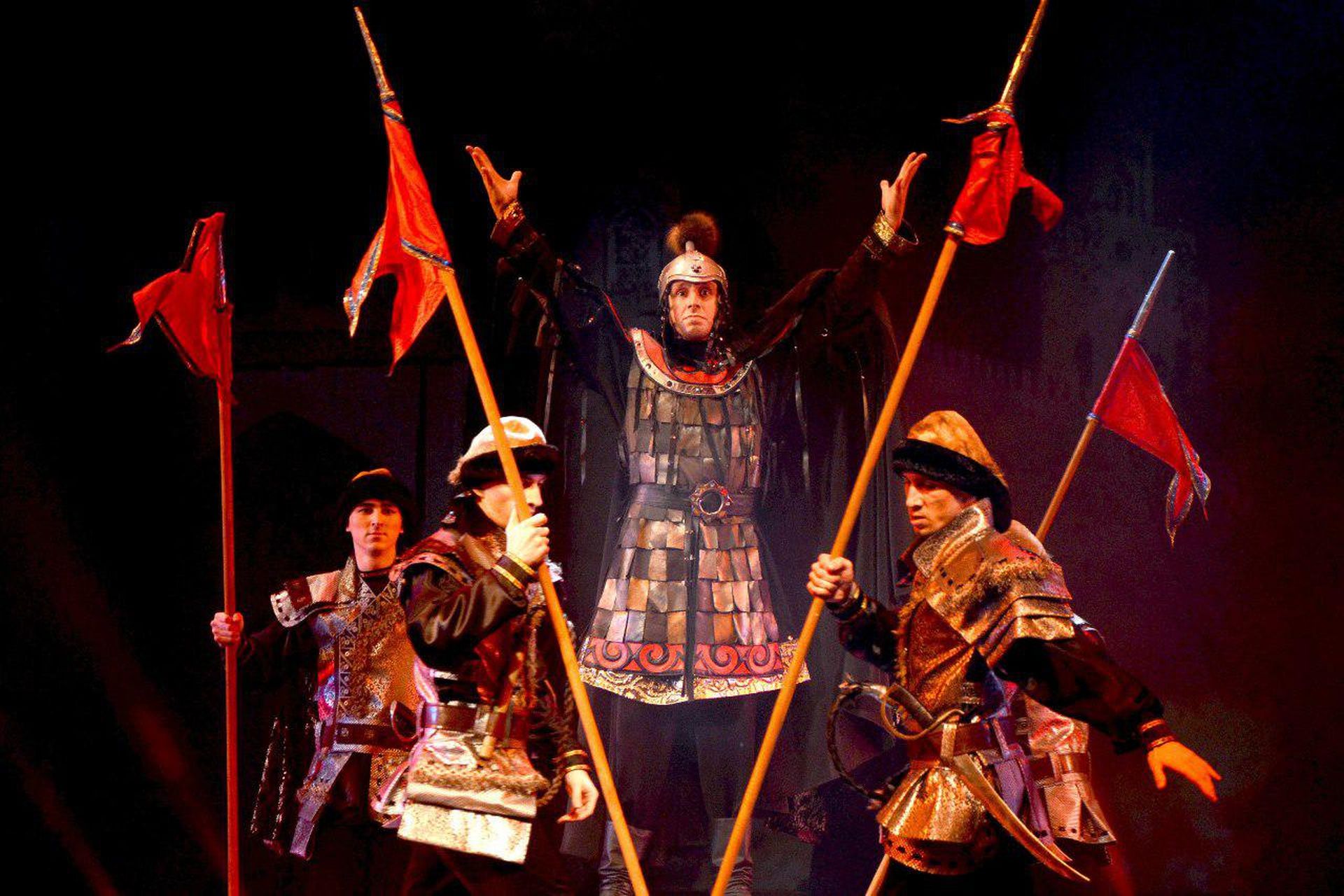 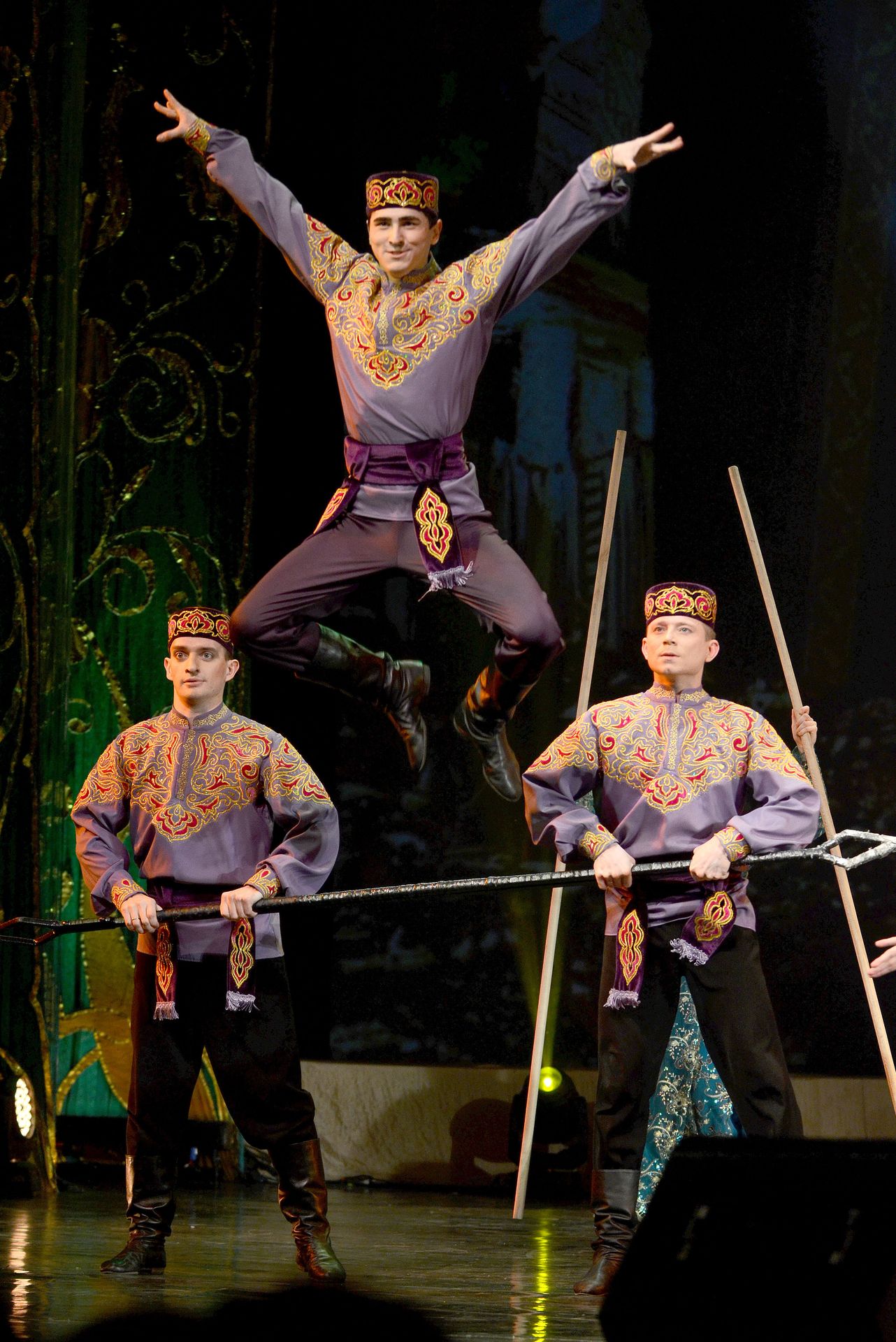 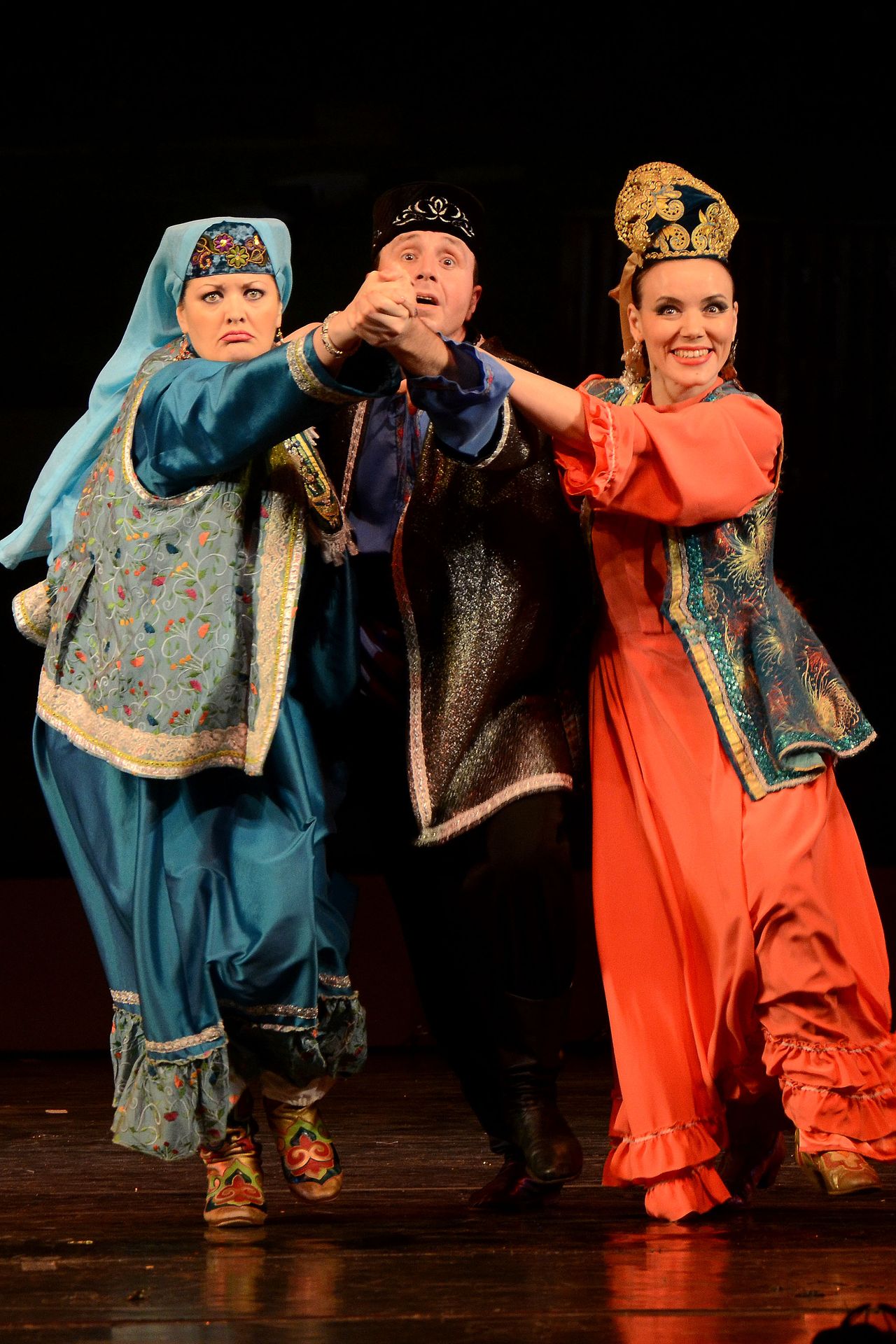 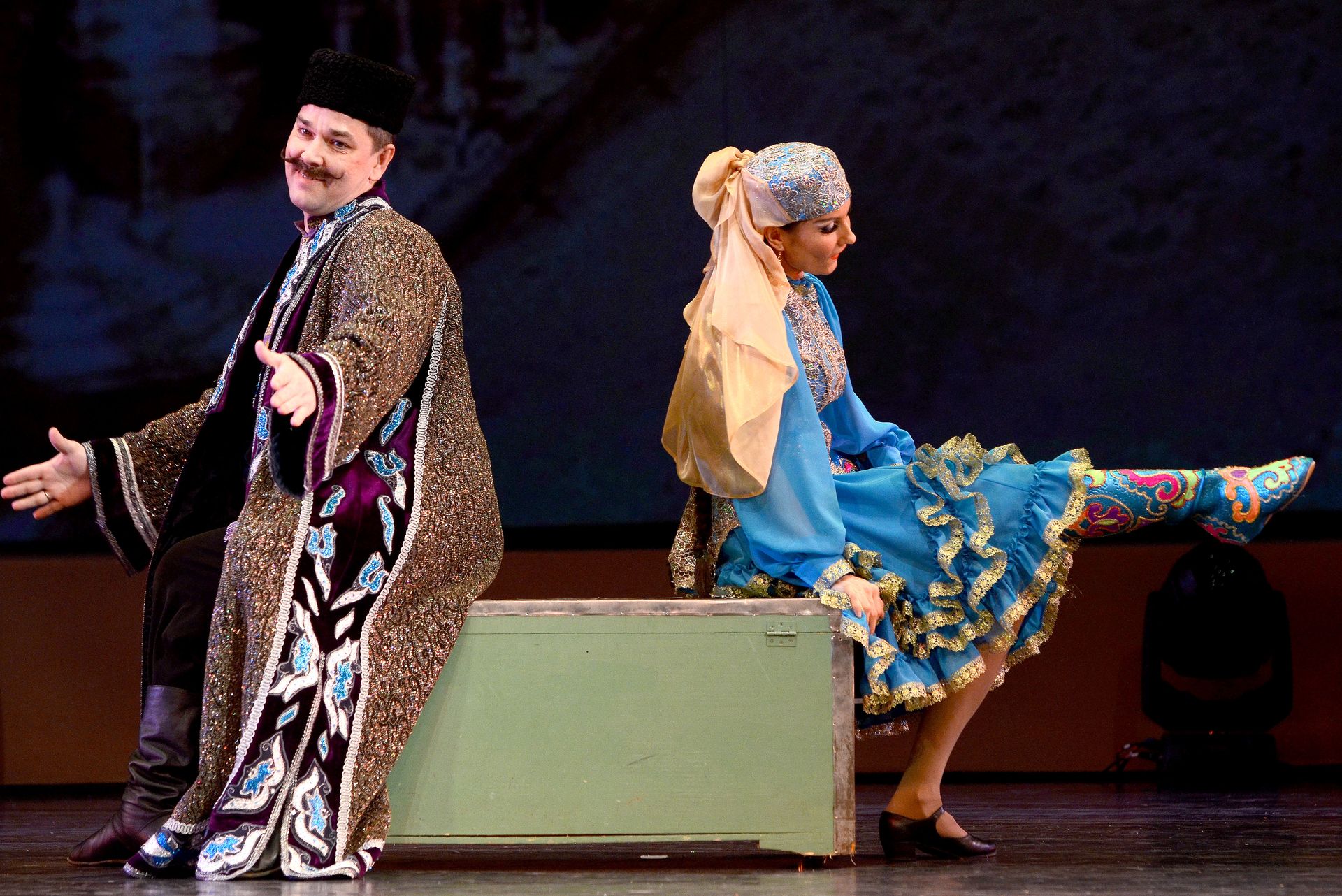 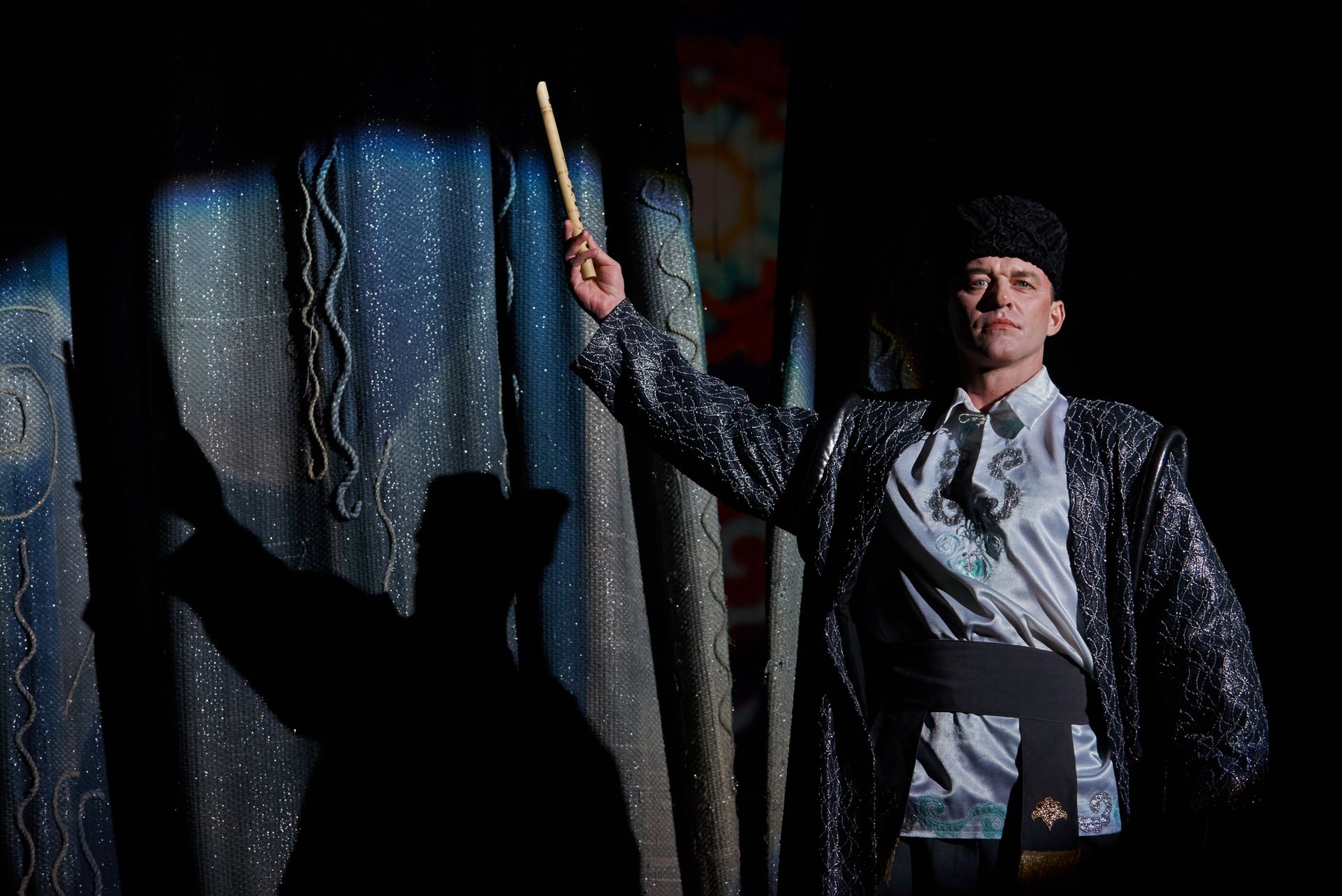 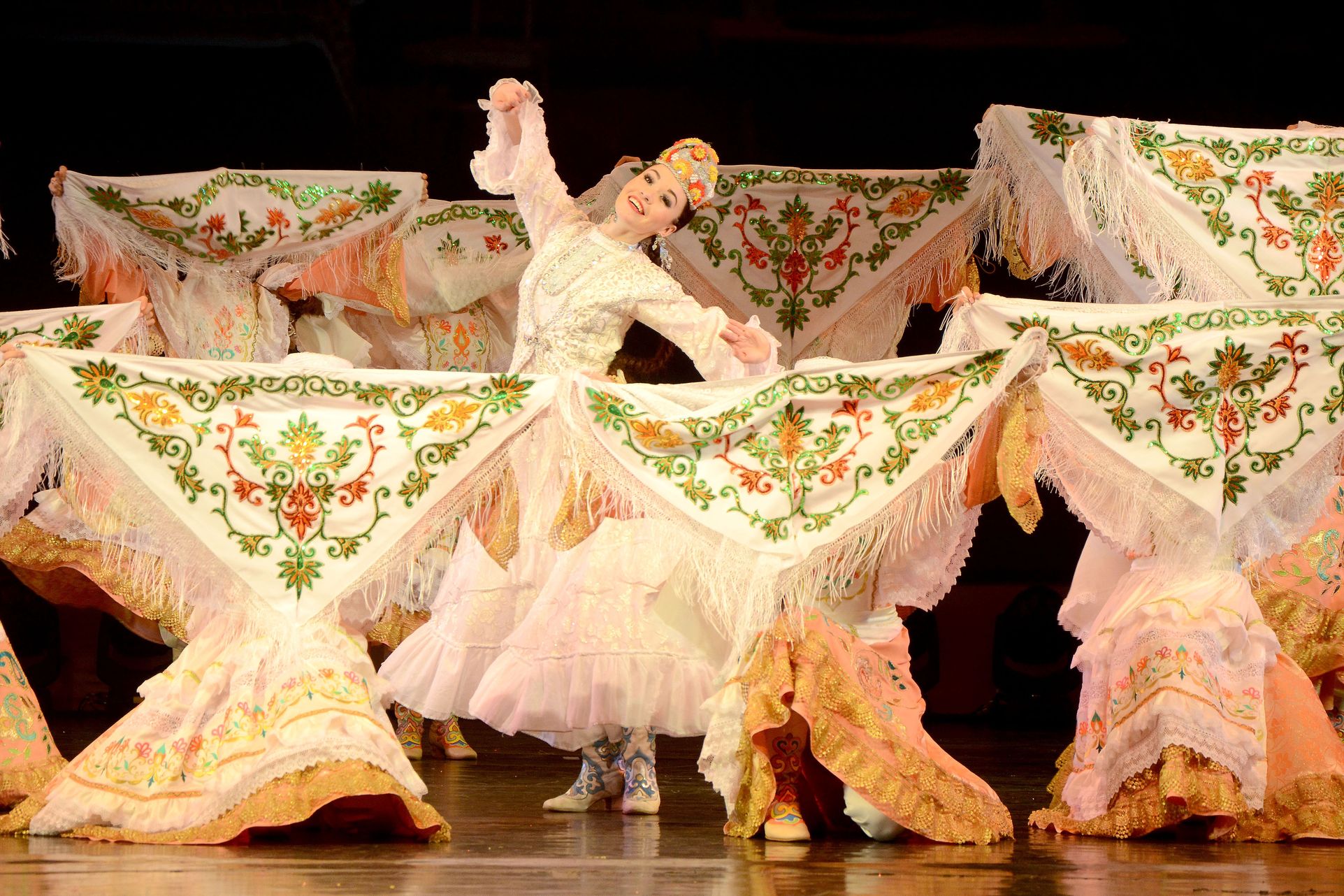 The story begins: a constellation in the form of traditional Tatar symbols appears: a khasite (Tatar jewellery), a traditional hat, a bow with arrows, earrings, a jug, a dagger, bracelets, a shoulder yoke. After a while the video footage starts showing the first Bulgar settlements. We see the rise of cities and trade in Volga Bulgaria. The Silk Road. The adoption of Islam. Theheyday of Bulgaria. The enemy invasion. The resurrection.

1. The dance of ladies with shoulder yokes. In a surviving legend, the image of a wolf became a symbol, a totem for Turkic peoples.

2. The dance of steppe horsemen. Embodies the steppe culture of the Tatar people.

3. Choreographic composition ‘The Bulgar Bazaar’. The beginning of market relations in the city of Bulgar. You will see all kinds of things here: acrobats on stilts, shopkeepers, petty thieves, gunsmiths, women with jugs on their heads and plain tradespeople.

Vocal performance. Allah. Adoption of Islam in Bulgar. Mosques and towers of the golden.

Vocal composition “Kazanym-Bulgarym”. The symbol of resilience and resurrection of the Tatar people.

5. Dance composition ‘The Tatar Wedding’. Fragments of the wedding reflect customs and traditions of the Tatar people in a colorful way.

The screen shows a steppe. Our musician walks across it. He turns into a wolf. The wolf runs across the steppe. The wolf runs across the starry sky. Now we see the constellation of the wolf. He looks down. We see the Earth approaching from the space. The modern city of Kazan. Buildings, roads, mosques. In the very center of the city, amidst the asphalt road, is a small patch of land. Right in the middle of it, the same stalk is still growing. Nothing has happened to it in several centuries. Because it has been growing on its native land. And it will continue to grow, through storms and blizzards, through thick and thin, through happiness and love of the Tatar.